The new edge of the forest 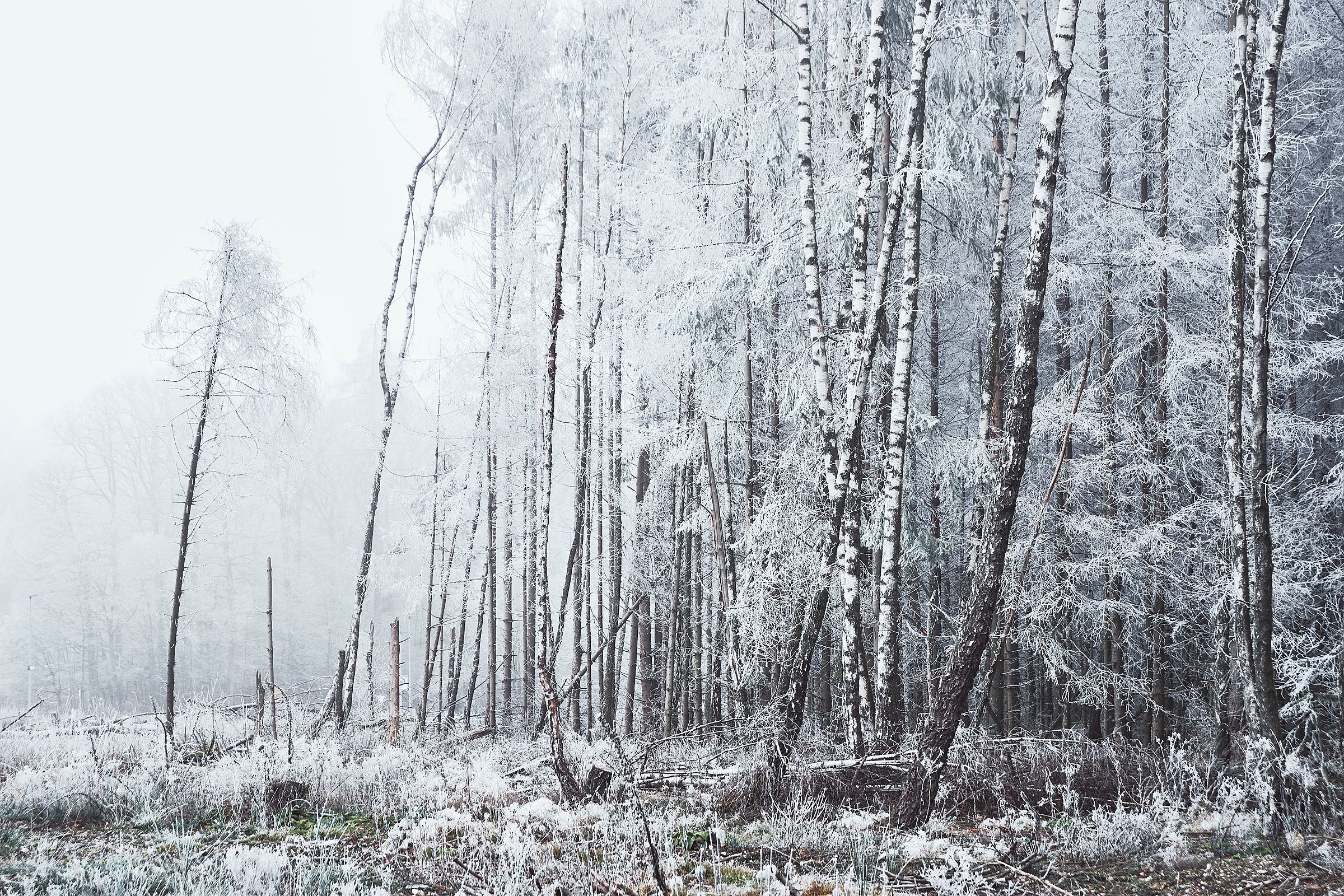 Where people build, the forest has to give way. In the past, we used the trees as building materials and for warmth. Nowadays the forest is mostly cleared to make room or money.

The newly exposed layer of trees evokes a variety of emotions. It looks vulnerable and violated. Upturned roots and torn branches seem broken and angry.
This winter’s hoar frost intensifies the impression of fragility.

The edge of a years old forest is like a layer of protection against the elements. Now the new edge has to adjust and develope new strength, if it can.

The bright axe breaks the silence in the wood,
The ivory chips spray over crushed nettles,
And the red slender pine sways and totters
Shuddering its boughs in the chill of death.

All down the hill the yellow teeth of stumps
Stud the tramped moss and broken willow herb;
The piled long bolls point northward to the Pole,
Their fragrant lymph seeping from broken veins.

Borne away in the blue wake of tractors,
The lopped trees leave for ever their fitting landscape;
They will grow again in the underground valleys
Where the black miners creep beneath a sagging sky.

And here the ploughs will traverse, as in Carthage
Marking the end of a kingdom, the day of the squirrel
And the blue jay shattering along the mossed valleys
Between the still pines. The silence of felted needles

Breeding its ugly toadstools and sick brown orchids,
Has ended its seeming permanence. Cyclic transition
Will reign on the hillside, with its bare and ice-baked winters,
And its multitudinous summer under the whispering corn. 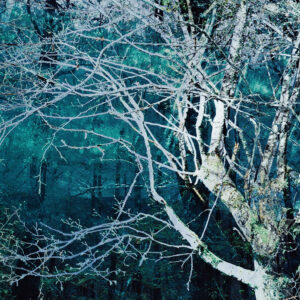 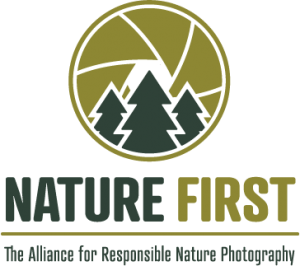